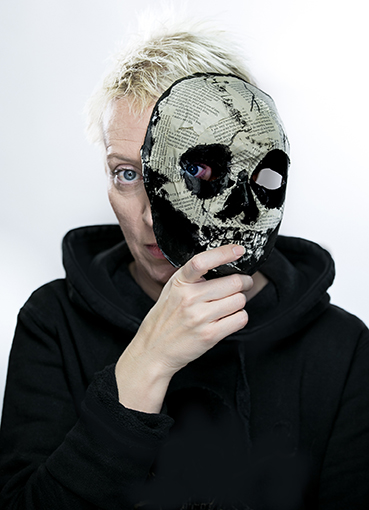 After breaking new ground with their award-winning Richard III (A One Woman Show), Brite Theater are once again reinventing Shakespearean performance with their adaptation of Hamlet directed by Kolbrun Bjort Sigfusdottir. Emily Carding plays Hamlet and you, the audience, are the players arriving at Elsinore. Hamlet needs your help to take on the roles of his friends and family and resolve the great questions of life. Journey through the play together and become immersed in the story like never before. Hamlet has the questions. Do you have the answers?

Nominated for several awards at Prague and Edinburgh Fringe, Hamlet (an experience) was one of the winners of the Fringe Encore Series and had a successful run at the Soho Playhouse off-Broadway in November 2018. Emily Carding won the best actress award for her performance as Hamlet at BABELfast 2019 in Romania.

“Sigfusdottir’s adaptation and Carding’s sensitive interpretation provide a shortcut to the empathy that many Hamlets crave but seldom achieve.”