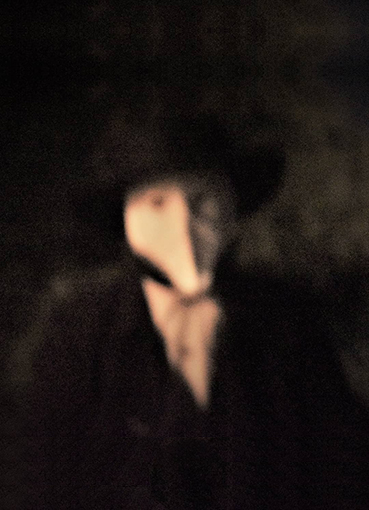 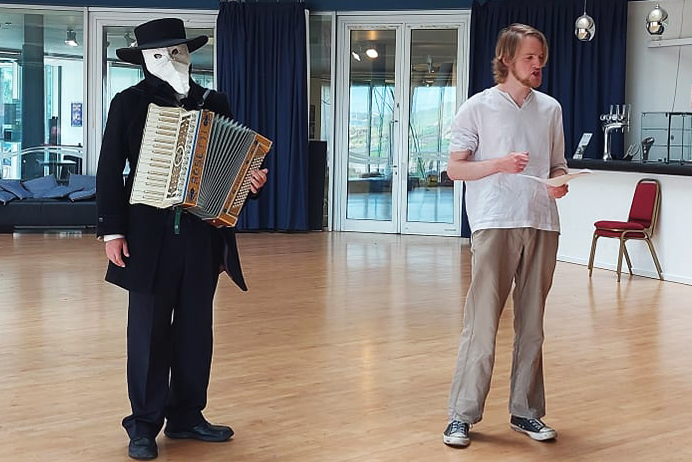 Stop by for an appointment with Doctor Beake. Though usually good-humoured, lately he's been losing his patients.

A storytelling duo takes you on a short journey through the world of old-school medicine, complete with leeches, buboes and an accordion.

Plagued is presented by i.e. in conjunction with the Monday Collective

“It was about a week into the first lockdown when I, (no doubt smugly) said to Isaac that I was pre-emptively dreading every inevitable show that was bound to come out of this whole thing and that Covid-19 would become its own performance genre – and now, a blur of countless months later we are doing our own show that is very much about lockdown and nothing else.

I don’t think we ever thought we were exempt from what I had said, nor did we (or do we) think we have any unique thing to add to the conversation – but rather, I think what’s become more concrete in my mind is that it’s just become so completely unavoidable. Covid has become the mammoth in the room – having lasted quite so long, and the situation being quite so unique (at least within the last hundred years or so) that we literally have no idea how we could write about anything else, and if we tried to, it would only end up being some half-baked metaphor that was still trying to tackle that.

In the end we thought sod it, let's just be on the nose about all of this and talk directly about the pandemic – even then, we still wanted a little separation, so settled with A pandemic, over THE pandemic. Plus, it brings a strange comfort to know this sort of thing has happened before.

Plus, we feel it’s very easy to forget the past was populated by equally real, living, scared people.

(Plus, I had already made the costume.)

So Plagued was born – our ten-ish minute nudge about how the past also had some pandemics, and how they tried to deal with them. The rehearsal process has been great, and we’ve had the luxury of rehearsing at the Landmark thanks to Selladoor – while it’s always a little high-stress producing work from scratch (usually a lot closer to a deadline than we’d intended), it’s been great just to be making content for audiences again. We’ve missed it dearly.

The main upshot of myself and Isaac doing this particular show is that it gives us the luxury to pretend that we’ve now ‘done’ our pandemic play and can move on. That we can now not think about the uncertainty, fear, misinformation, isolation and strange hints at global unity that came as a result of the world shrugging its shoulders, or the long months where we experienced the world almost entirely through a handful of screens, locked away in an old 18th century alms house (another fun historical parallel) that had been turned into student digs.

We don’t need to think about that again, there’s definitely not more to unpack, and we certainly won’t accidentally carry this into the rest of our writing probably for the rest of our lives.

So that’s a relief.”