Storyteller of the Year Entertains

The Bard of Windmill Hill 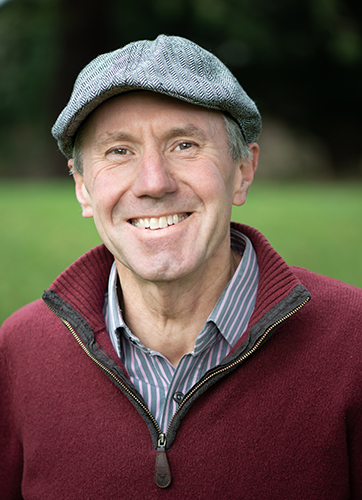 Storyteller of the Year Entertains

The Bard of Windmill Hill

The Bard of Windmill Hill was the recipient of a Best Show Award from Shaftesbury Fringe Festival in 2018. "Brilliant, captivating, cheering" Chippenham Folk Festival

George Chapman found this spoken word performance by The Bard of Windmill Hill absolutely hilarious from start to finish.

The anthology of satirical poems deals with the theme of lust in all its various forms: from the lust for land and guns to a lusty proposition aimed at Mother Nature. Each one is crammed with clever multi-syllabic rhymes and great wordplay.

The best part is the energy that goes into each and every poem (the one about guns for the blind is fantastic fun) and this momentum even makes the one dedicated to Mother Nature (a poem that was featured in last year’s show) every bit as enjoyable as it was on first listening.

The poem that gives How the West Was Lost its name, the only sombre addition in an otherwise hilarious anthology, is arguably the best of the entire show: written with a depth of emotion that makes it really memorable.

"Absolutely wonderful - funny, thought provoking and original. One of the most memorable evenings ever."