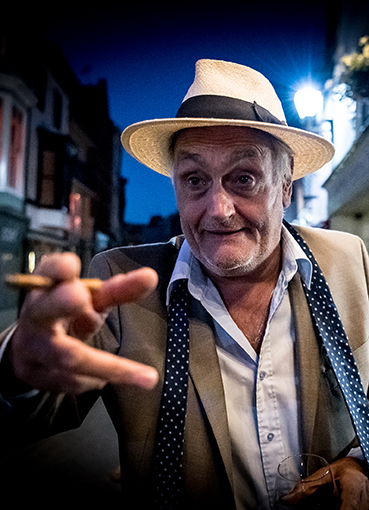 The life of one of Shakespeare's better known, but still, minor characters.

Toby Belch is unwell, the years of louche living, late nights and debauchery have taken their toll and now he faces his end with the knowledge that he is seen as a buffoon, a sot and a bully.

'I love your script'
Tim McMullan - The National Theatre

An extraordinarily honest and viscerally powerful performance from Sidney Kean and a sly subversive script from John Knowles. It's a blistering howl of outrage from the also-rans and under achievers of life presented with utter stripped back simplicity, humour and verve. If you go to the theatre to share in something real, connect to your deepest humanity, hopes and fears, be transported and to feel more alive then this is the show for you.
Patrick Kealey - Theatre Nation

John Knowles. Winner of the Ironclad Bursary for New writing Brighton Fringe 2021. Four stars Edinburgh Fringe 2019 for ‘Time Please’ and ‘Shadow of the Rose’. John is a prolific writer with a number of touring shows including the recently commissioned ‘Grit of Life’ for the Widgeon Theatre. He is currently working on a new commission for a musical with an environmental theme and has been funded by ACESE to produce a new play for 2021 ‘Punched’.