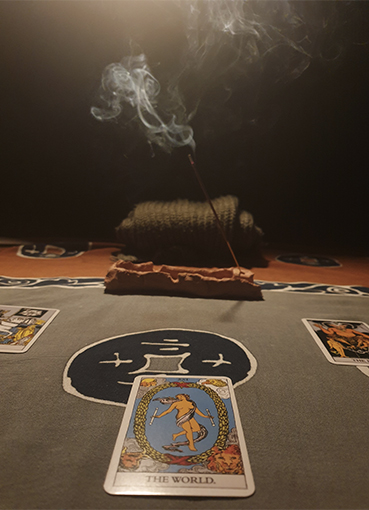 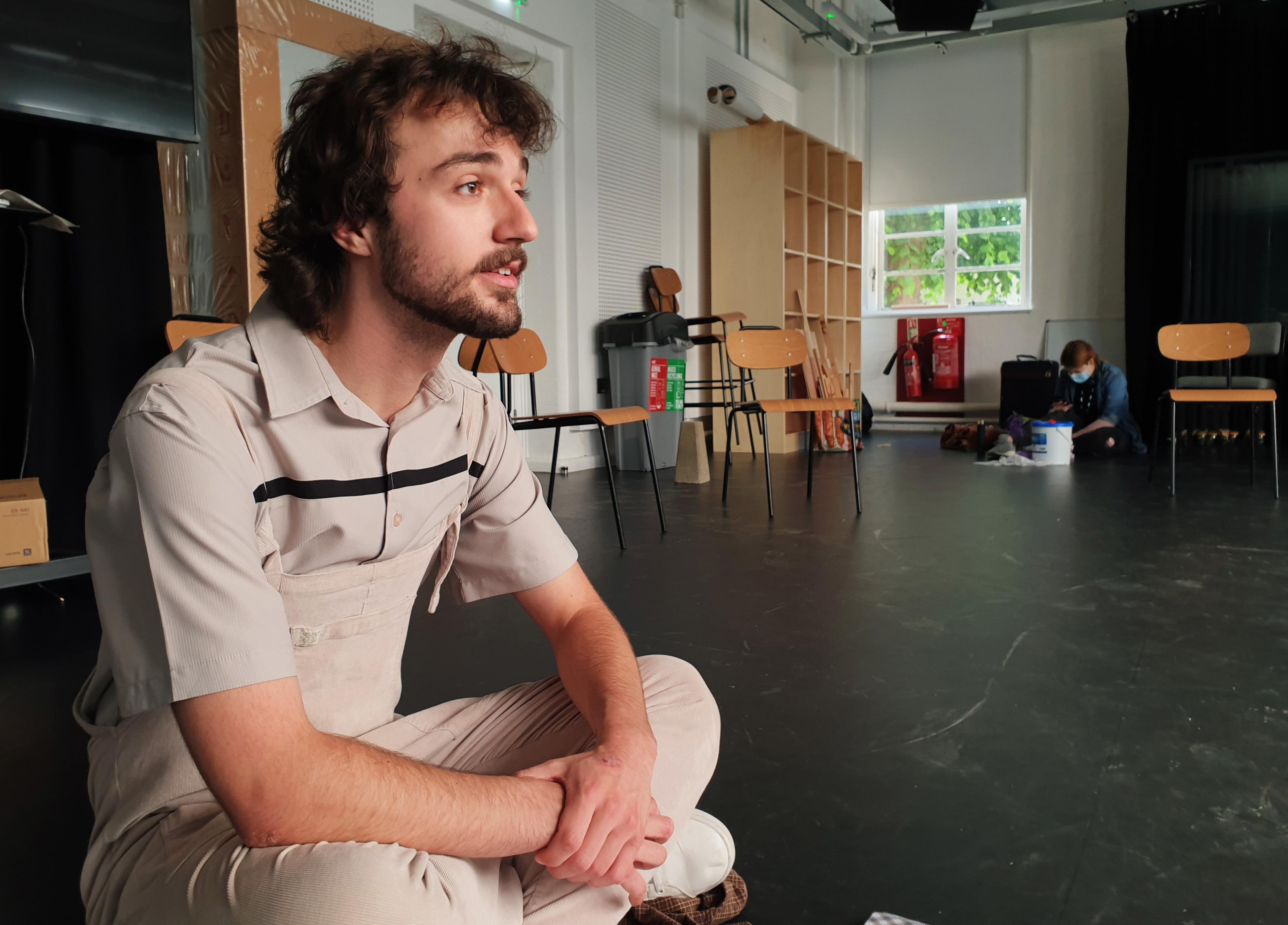 'If you have the time, please, sit with me. If you chose to listen, I shall speak.'

Take a seat, state your name, draw a breath, begin.

You are free to leave whenever you wish, but should you chose to stay and listen to the stories I have to tell, you may find the world I speak of is one not too different from your own.

Messenger is presented by Flat 5, in conjunction with the Monday Collective

Does the choice of the material reflect the experience of the last 18 months, or it it in some way modified by that experience?

Alfie 'I'd say no. The actual text itself could be applied to any time period at any given point - it's more about the human condition rather than an alien plague that takes over our lives!'

George 'I think like anything you could read into it and view it in that way, but that doesn't necessarily mean it's about that. Because the pandemic has been such a big thing for so many people, I think audiences will do what they do best and relate their own experiences to what they're seeing in front of them and recently it just so happens that a lot of those experiences have been caused by the pandemic. That's not necessarily a bad thing though, one of the coolest things about creating theatre is seeing how everyone interprets it in their own different ways!'

Alfie 'To be honest it's been fun as hell! Obviously even though we've worked together before, this is our first show together under the Flat 5 name and it's been fantastic!

George 'Yeah I agree, I think it's going smoothly! We haven't really faced many restrictions in terms of rehearsing because of COVID, but I think that's because there's only two of us...and we live together!'

Have there been any unexpected good things about creating work in these strange times, or has it only made things difficult?

Alfie 'It's been bittersweet. On the one hand, it's been really easy to book studios as they're not getting a lot of use, which has been a nice change! But it's also a real shame that the pandemic has thrown such a spanner in the works for creatives.'

George 'Rehearsing a play where I know there is going to be certain technology available is something I've never done before, it's always been a case of getting into the rehearsal room and figuring out how technology can be used to support the performance, as opposed to starting off with it. We knew about the binaural audio technology straight away and I think that's been a really nice way of creating, being able to focus on that and weave it into the structure of the play from the get-go.'

Alfie 'We've also been rehearsing with a camera in place of a technician, which has brought an interesting aspect to the rehearsal process.'

Alfie 'To be fair, for me being an actor it's probably been easier as I've been inside all the time, so I've had nothing better to do than learn my lines!'