The Life & Rhymes of Archy & Mehitabel 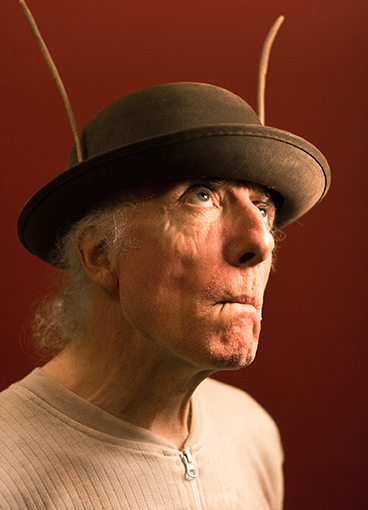 The Life & Rhymes of Archy & Mehitabel

In the 1920’s, writer Don Marquis invented Archy the cockroach and his sometimes muse, Mehitabel the cat – ‘I was Cleopatra once’. Both are convinced they’ve lived previous lives.

First published as free verse poetry in the New York Daily Sun, Archy rose from cult status to become a legend in his own lifetime.

Once a ‘free verse poet’, Archy is now trapped inside the body of a cockroach. He inhabits Boss’ apartment, discovers a typewriter and sets about recording his private memoirs for posterity.

Archy’s reflections on the insanity and inanity of humanity also follow the amorous adventures of Mehitabel, introduce us to Freddy the Rat, Tom the Theatre Cat, Will Shakespeare and a host of other low lives of the insect kingdom – in this characterful, physically dynamic one-person show.

Entertainment with satirical claws and bite.

‘Who better to bring to the stage, the low-life, camp cockroach that is Archy, alongside the wilfully theatrical Mehitabel, than Patrick Kealey. This is one of those performances that shows us all that in the gutters and back alleys of life can be found art and hope and love. Bittersweet and divine. If you get a chance to see this, do!’

‘Brilliant. Wouldn’t expect anything else!’