The Fire and the Smoke 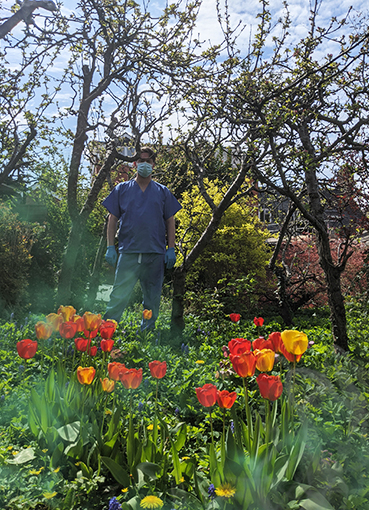 The Fire and the Smoke

On a distant farmland there was a fire. One morning it swept out of some nearby woodland and set fire to the crops and hedgerows... Does this story sound familiar?

The White Hippos return to Theatrefest for the twelfth time and a Fringe that promises to be like no other.

Does the choice of the material reflect the experience of the last 18 months - or is it in some way modified by that experience?

I promised myself that I wouldn't make something about the pandemic, and quickly broke that promise, my writing has always been an outlet for me to make sense of the world in one way or another, so I'm not sure why I fought against it for so long, it was inevitable really.

Covid-19 has affected so many aspects of my life, but one of the most traumatic has been it's effect on my ability to think creatively, when I have new ideas for stories, sometimes it feels like the thought was created entirely in someone else's head and then transplanted to mine, at which point I discover I have absolutely no idea what to do with it. The great thing about this project was it quite literally forced me to get something done, but it wasn't easy.

I like to write dialogue, I like to write a lot of dialogue, if there was a catch all description of my work it would be 'dialogue heavy', luckily I've never had any trouble line learning lines. Until this year, when it became a real issue, it felt like between my work at the hospital and the general pandemicness of it all, my brain no longer had space to retain lines.

I got to a place after a lot of work where I could recite, the beginning, the middle or the end, but any attempt to get through the whole thing resulted in failure, I would get muddled or lost, it was extraordinarily frustrating, the entire piece has about as many words in it as the last ten minutes of my last play.

That frustration eventually got me through it though, I attempted to run it a few times, none of them worked and then I angrily dd another, and while I didn't get it write I found myself able to re-write it as I went and I got there.

20 mins later it was recorded, one take, filmed once. As Fringe as I could make it.

Have there been any unexpected good things about creating work in these strange times or has it only made things difficult?

Despite the difficulties, it has been good to get the creativity rolling again, now I've done it hopefully the next won't be so daunting, and if our art isn't for trying to understand the things that are happening to us, what is it for? Despite being pre-recorded it was important to me that the piece be as much like a piece of theatre as I could make it, rather than a short film and I hope I've managed to do that.

More than anything though, as great as it feels to be making theatre again, it has made me realise just how desperate I am to see some, so I'll be watching the festival from beginning to end on the 27th, I can't wait to see what everyone has in store for us.