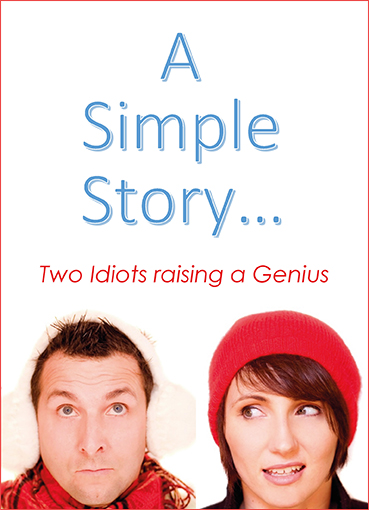 After a hiatus of three years from theatre fest, his previous show being Stuff, Sean returns with a brand-new show but this time with all the family in tow. In keeping with his highly physical, playful style of theatre, A Simply Story tells the journey of a family through the eyes of its youngest member. The show combines theatre, comedy and a bit of dance to create a warm and intimate performance that is playful, touching and all too familiar.

Sean and Michaela are international actors and circus performers with over 25 year’s experience each. Their careers have spanned the West End, Broadway, the Kennedy Centre, Las Vegas and Alaska. They were both original cast members in Franco Dragone’s show epic water show Le Rêve. While Michaela featured as an aerialist in the London Olympics and Cameron Mackintosh’s Barnum, Sean toured as lead clown for Kooza, Quidam and Varakai with Cirque du Soleil. They performed together in Kooza at the Royal Albert Hall in London.

Chloe already has an impressive performing CV including Peeping Tom at the Barbican for the London Mime Festival, sketches with Julian Barratt from the Mighty Bosh and suffering cameos in Michaela and Sean’s shows.

"One of the fringes hidden gems"

"A fusion of the body and heart"