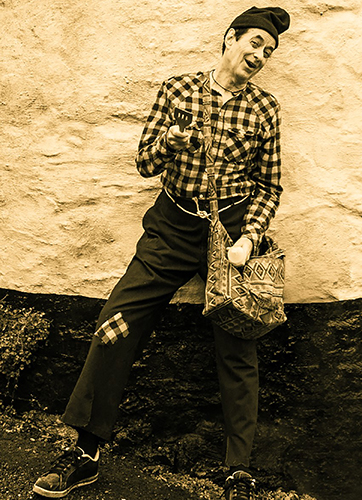 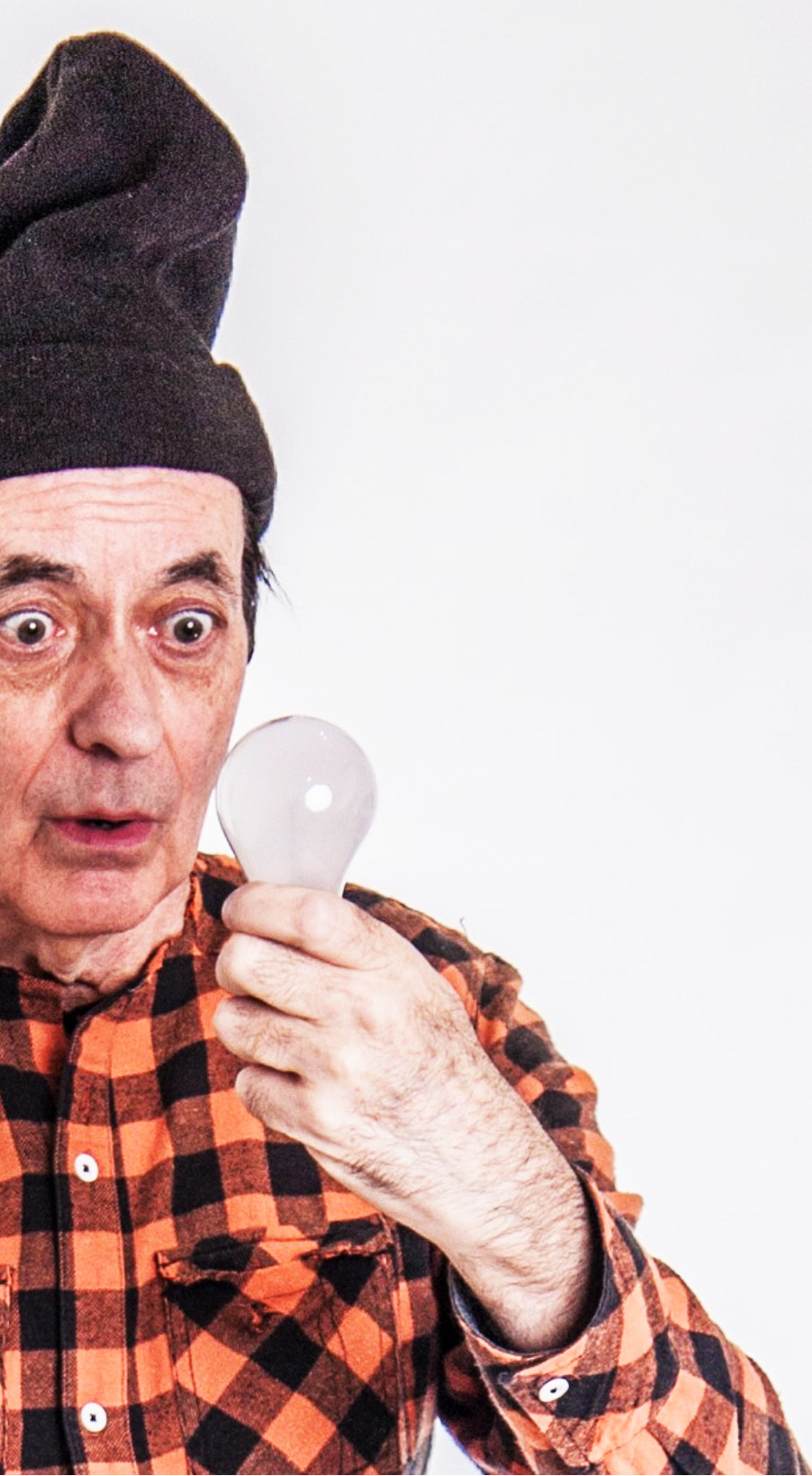 Watch out! There's a pickpocket lurking about town during the coming TheatreFest in Barnstaple! Autolycus, the central character in Derekk Ross's new one-man play 'AUTOLYCUS!', is after your wallet! But fear not, you can easily spot him by his bright orange-chequered shirt, patched trousers and silly hat!

'AUTOLYCUS!' (pronounced Or-tol-i-cus) is the story of one man's bid for freedom: the loveable comic rogue from Shakespeare's play 'The Winter’s Tale' has escaped from the play! The wily rascal is on the run, but that won't stop him from trying to sell you some dodgy stolen goods during the performance!

Fun and laughter, but be ready for a sudden dark turn in the narrative...

Actor Derekk Ross (a recent graduate of the Masters in Performing Shakespeare at Bath Spa University) lives in Cornwall and is also about to take the leading role in Devon-based theatre company Restless Theatre's 'Network Tales', at the Exeter Fringe in August.
⭐️⭐️⭐️⭐️⭐️⭐️⭐️⭐️⭐️⭐️⭐️

"This short one-man play, written and performed by Derekk Ross, features Shakespeare’s ‘snapper-up of unconsidered trifles’ having escaped from A Winter’s Tale and into the modern world outside.

"This may seem a strange concept, but Ross’s sparky portrayal of the rascally character brings it very much to life.

"His attempts to sell us the stuff from his bag of tricks, things cleverly purloined by fair means or foul (mostly foul); his joy in his own naughtiness; and his complaints about his unfair treatment at the hands of Shakespeare – all weave in and out between the play he’s escaped from (of which he gives an amusingly sardonic resume of the plot) and the world of now.

"The energy and wit never falters in this brief but enjoyable romp with an archetypal loveable rogue. 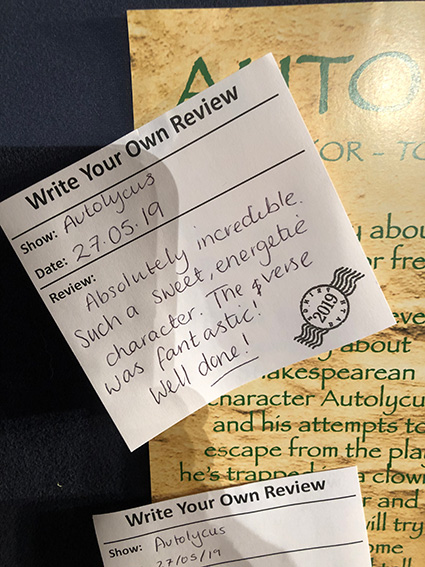 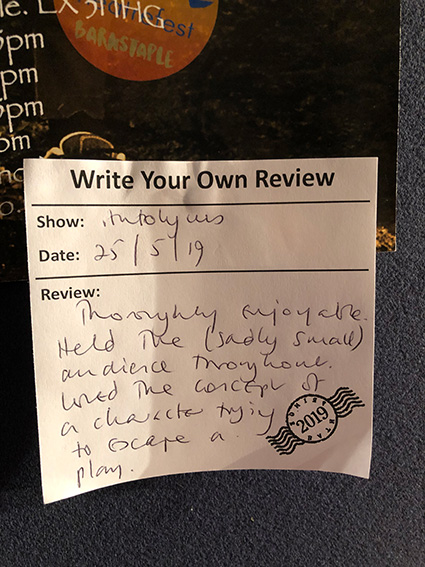 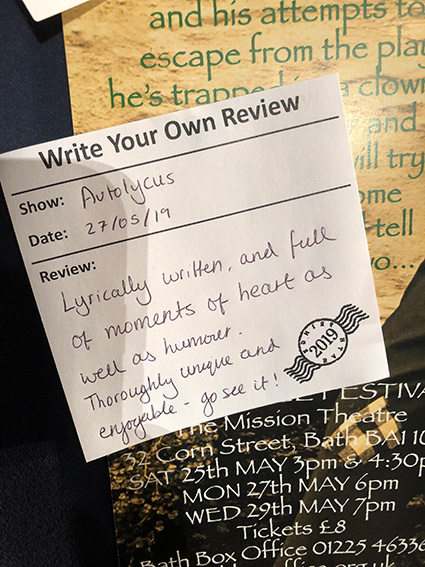 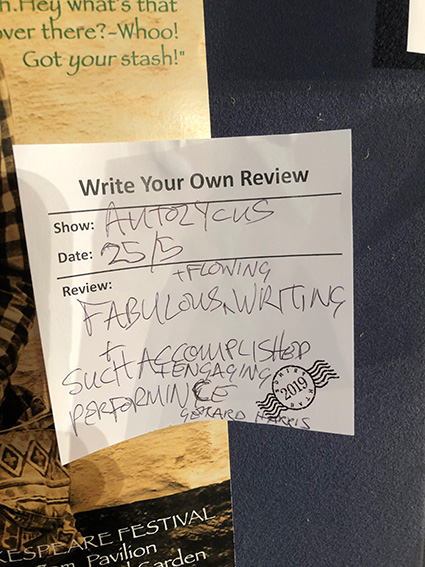 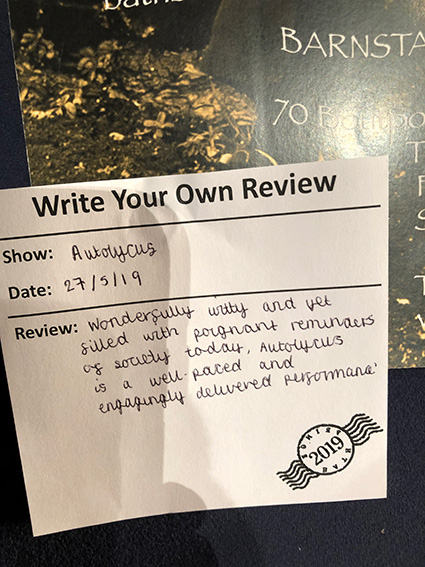